Bucks parties are a big deal. You’re sending your mate off into matrimony and the event calls for a bit of celebration. But if you really want to create a party that will be remembered, nothing can quite compare to the thrill, excitement, and challenge that clay target shooting Sydney can deliver. You’ll be using real live ammunition to fire off at the targets, and that fact alone is enough to excite most Bucks and their mates. 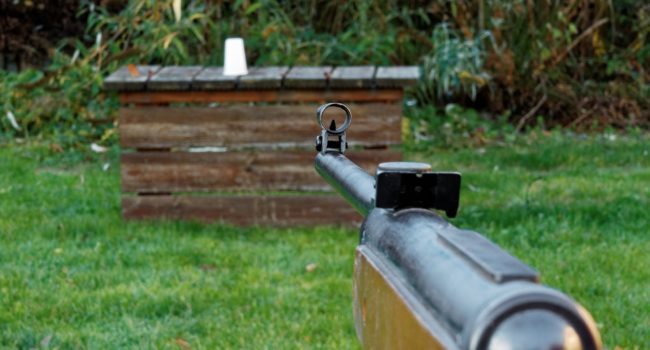 With Hitting Targets – clay target shooting is for everyone – people of pretty much any age, fitness, and skill or mobility level can clay target shoot. We will do our very best to adapt our techniques and include everyone. Female staff will help Suzy if it is a Bucks party. Fancy dress is optional but does add to the day’s fun – so dress that buck up ready for the photos!Want to try something different and fun that is exhilarating, empowering and explosive, then for your next Bucks party, why not come Hitting Targets.

A great day of clay target shooting Sydney for a Bucks party will involve a variety of different things. You’ll have some general time to learn basic gun safety before moving on to simply firing at the various targets. After that, however, it can get really interesting as most shooting ranges employ various contests to add some competition to the Bucks party. You may even take part in quick draw duels, pairs competitions, and much more. There are a number of additional elements that may be added to your day at the range.

Bucks parties can usually get a good deal on clay target shooting Sydney, and while you can often bring your own food to the range you can normally allow the range to cater for your meal. All guns and ammo are provided as well, meaning that you don’t have to bring a single thing except for a steady trigger finger. You’ll have to ensure that you use the shooting range to start your Bucks party as well since no alcohol is allowed. If you’re looking for a great addition to a Bucks party, look no further than a day at the shooting range.

Sydney and Australia in general, have a long history with guns. As far back as 1788, when Sydney was settled, guns played a part in the nation’s history. Now that Sydney has grown into the largest city on the continent, with over four and a half million residents. But they’re still here, and they can also provide you with the perfect chance to start a Bucks party with a bang. Booking time for clay target shooting Sydney is a great way to ensure that your mate’s Bucks party gets going memorably, and can set up the rest of the day perfectly.