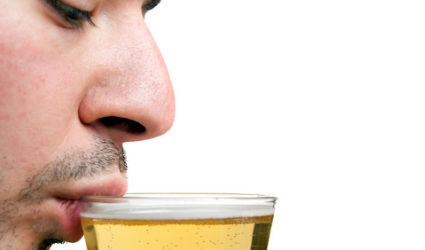 There’s no better way to send your mate off into the world of matrimony than with a proper Bucks party. For most, a Bucks party will include a variety of things including plenty of mates, plenty of fun, and plenty of drinking. While the odds are that you won’t need much motivation to starting drinking, adding a few Bucks party drinking games to the evening will add just a bit of entertainment to your drinking and help get the evening off on the right foot. Keep in mind that you don’t want to get too drunk, or the rest of the night will be spent with your head in a toilet.

One of the most well known of all the Bachelor party drinking games is “Flip Cup”, essentially a race to see who can down their drinks the quickest. Divide up two even numbered teams and give each person a plastic cup filled with their drink. When the game begins, the first person on each team downs their drink and then sets the empty cup on the edge of the table with half of it sticking past the edge. Using one hand, they flip the cup up and land it upside down. If it doesn’t land properly, it must be reset and tried again. Once it does land upside down, the next person in the team downs their drink and flips their cup. This continues until one team finishes all of their drinks and lands the cup properly, at which point they win the round.

One of the simplest of all Bucks day drinking games is “Drunkard’s Roulette”. You’ll need a liquor and a non alcoholic drink that matches the liquor’s colour. If using vodka, match it with water. Whisky, match with tea or something similar. Pour out a round of shots for everyone, using the water or tea in every glass but one. In that single glass, pour the liquor. Everyone takes their shot at once, and whoever drinks the liquor is out of the game. Continue this way until only one person is left.

Finally, one of the oldest of all Bucks night drinking games is the popular “Beer Pong”. Divide into two teams and place six or more cups filled with beer on either side of a table. Each team takes turns trying to bounce a table tennis ball into the opposing side’s cups. If one succeeds, the team must drain the drink and then the cup is removed from play. This continues until one team loses all of their cups, at which point they lose the game.